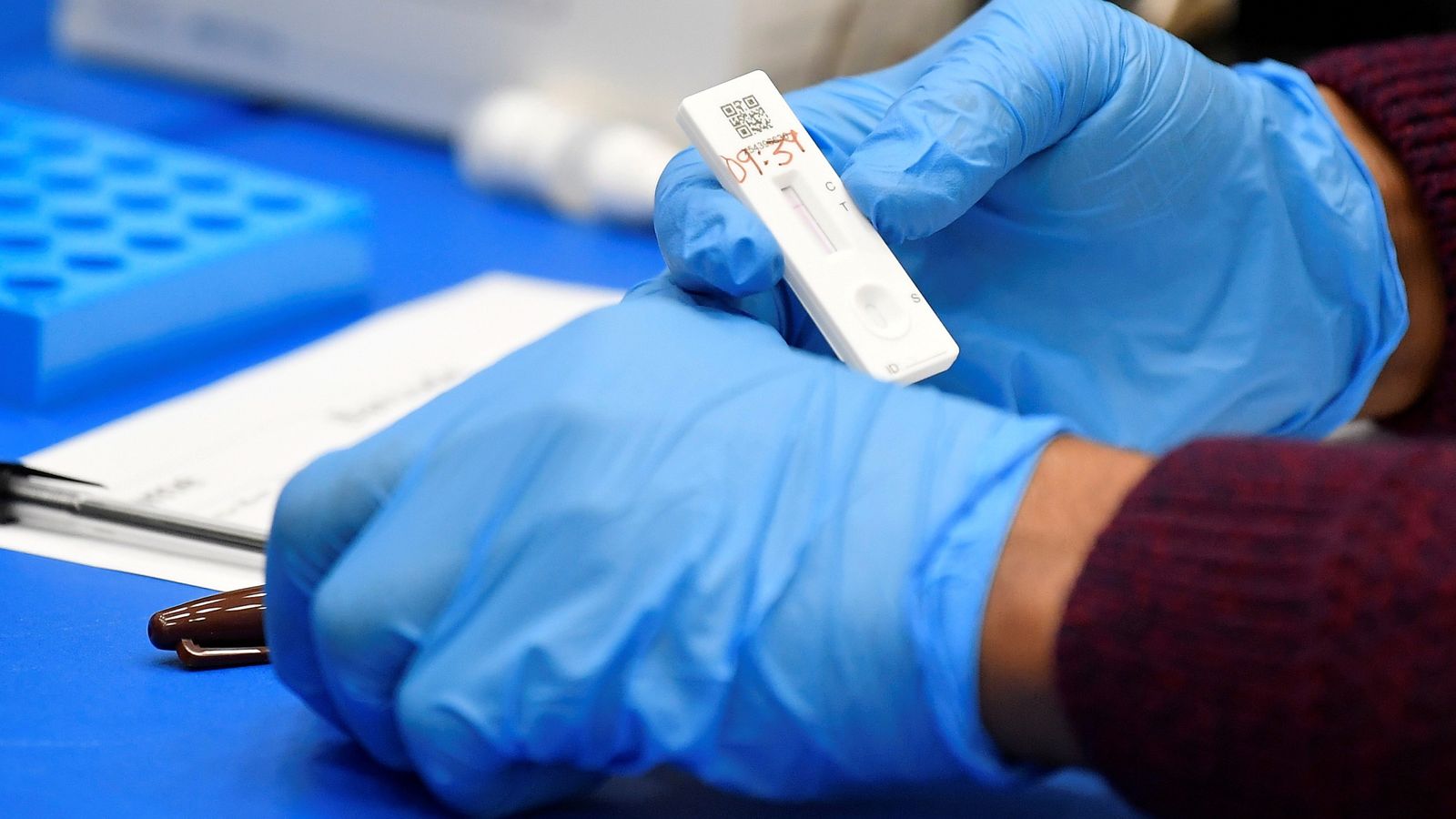 An investigation has been launched into the growing numbers of people who report they are testing positive for COVID on multiple lateral flow tests – but then negative on PCR tests.

The UK Health Security Agency (UKHSA) confirmed to Sky News it was “aware of the issues” and that an “investigation was ongoing” into the claims.

A spokesperson for the government’s public health body said people should continue to follow official guidance if they have COVID-19 symptoms, including using lateral flow and PCR tests and to self-isolate when necessary.

It comes after scientists had called for an urgent investigation following numerous reports from members of the public about the different results being presented by the tests.

Some lateral flow tests – which are set to replace PCRs as the required standard for returning travellers from later this month – had reportedly been showing a negative result despite people having “classic” symptoms.

The UKHSA was unable to reveal how many reports it had received about the tests and for which parts of the country they related to – but hoped it would soon be in a position to provide an update.

COVID-19: Minister apologises for ‘hurt and distress’ suffered by bereaved families in wake of damning report on pandemic handling

COVID-19: US to reopen land borders to fully vaccinated travellers next month

Last week, large numbers of people in parts of southwest England reported they were having issues with the tests, amid concerns it might represent the detection of a new variant.

However, it has since been claimed by one of the government’s top COVID-19 experts that the dominant Delta variant has made others “extinct”.

Denis Kinane, an immunologist and founding scientist at Cignpost Diagnostics, which runs ExpressTest, said: “We have known that the lateral flow devices have weaknesses in terms of false positives and false negatives since we began COVID testing.

“Lateral flow has a hair trigger, so as a result it has consistently shown many false positives.

“Commonly, it can be triggered through chemical means that disrupt the test antibodies and make them act as if the virus is present, giving a false positive.

“PCR tests remain the gold standard, identifying 99.9% of those infected.”

Alan McNally, of the University of Birmingham, told The Guardian there needs to be “really clear and immediate messaging from the government around which test” people should act upon.

The professor of microbial evolutionary genomics said: “If you’ve got symptoms of a respiratory infection and a lateral flow test that’s positive, I would be working on the assumption that it’s COVID-19 regardless of the PCR result at the moment.

“That message needs to be made clear, which then buys time for the Department of Health and UKHSA to do a quality audit of the PCR testing process and try to find out where the issue may be.”