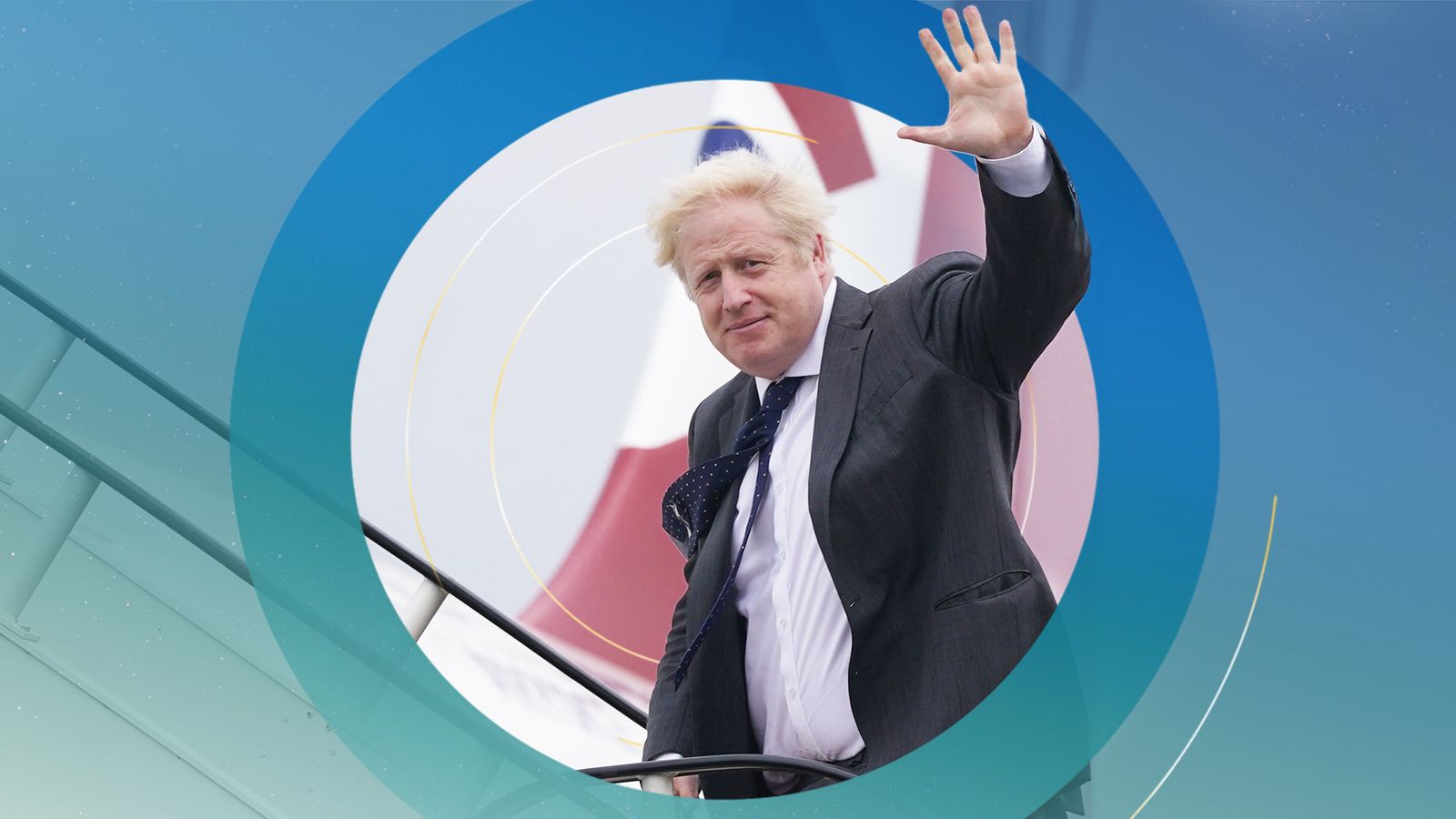 Boris Johnson needs to “get a grip” ahead of the COP26 climate summit instead of “touring the beaches” on holiday, Labour’s Ed Miliband has told Sky News.

Speaking to Kay Burley, the shadow business, energy and industrial strategy secretary said the prime minister should be doing more to hold world leaders’ feet to the fire when it comes to commitments to cutting emissions.

Referring to the upcoming COP26 summit in Glasgow, which begins at the end of this month, he said: “We are two-and-a-half weeks from this summit, I’m trying to imagine [former PM] Gordon Brown, for example, when he was hosting a summit on the financial crisis, would he have been touring the beaches two-and-a-half weeks before?

“No, he would have been touring the world trying to get the best outcome, twisting arms, cajoling people, pushing people to go further and faster, that is what the PM needs to be doing, this really matters.”

Countries will be under pressure at the summit to increase action to meet the target of keeping global temperature rises well below 2C above pre-industrial levels and attempts to limit them to 1.5C, the level beyond which the worst impacts of climate change will be felt.

Mr Miliband, who was at the 2009 Copenhagen UN climate summit as climate change secretary, claimed ministers in government have not “treated this summit with the seriousness it deserves”.

“[Alok] Sharma [COP26 president] has done a good job but the rest of the government has walked on by on the other side and I think that is a problem,” he said.

Energy crisis: Gas levy ‘expected to be confirmed in next two weeks’ despite rising prices

Mr Miliband hit out at the pledges made by countries so far, saying: “We know what the numbers tell us, which is that the world was due to be emitting 53 billion tonnes of carbon emissions in 2030.

“So far the pledges made for Glasgow are only four billion tonnes, so it’s four versus 28.

“We’re a long way from where we need to be and I think the prime minister needs to get a grip on this – we’re the hosts of this summit.

Ahead of the summit, Mr Sharma has called on major economies to deliver new climate action plans for 2030 to keep the 1.5C goal a realistic one.

He said the gathering has to result in a negotiated outcome which sparks increased ambition up to 2030, while he said countries must take action on coal, protecting forests, clean transport and methane emissions and deliver $100bn a year in finance for poorer countries.

Mr Johnson is currently on holiday in the wake of the Conservative Party conference, reportedly in Marbella.

But Downing Street has said the PM is still working on government business and “continues to be in charge”.

A government spokesperson said: “The prime minister has made tackling climate change his personal international priority and has been focusing his efforts on ensuring that world leaders can come together and deliver for our planet in Glasgow.

“He has been clear that COP26 must be the moment that every country, and every part of society, embraces their responsibility to protect our shared future and is looking forward to meeting with leaders – from big emitters to climate vulnerable nations – to make sure COP26 counts.”

The show investigates how global warming is changing our landscape and highlights solutions to the crisis.