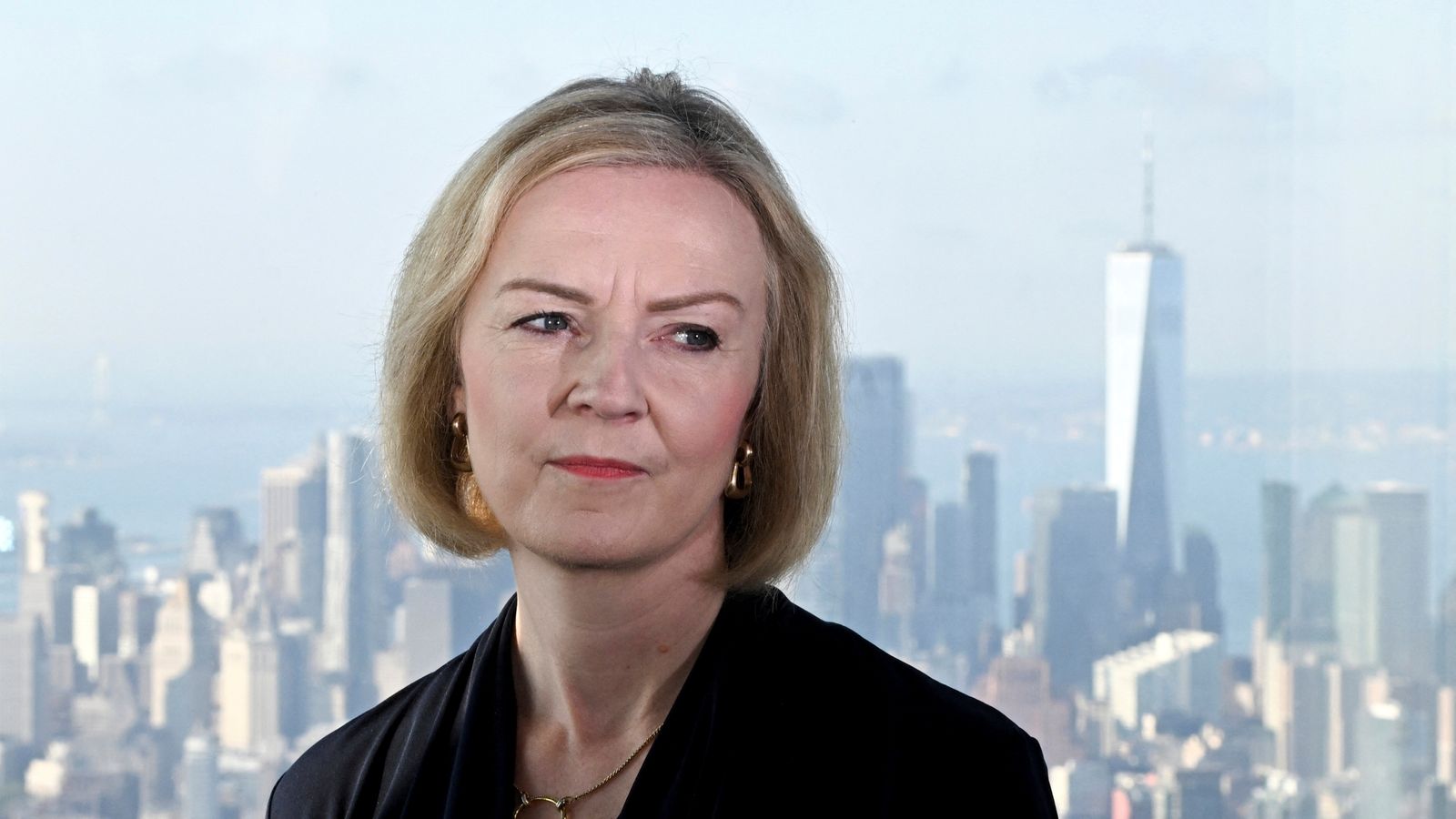 Liz Truss only had 48 hours in New York at the United Nations General Assembly, but her first foray onto the international stage gave us plenty of insight into how she intends to lead.

Be it in foreign or domestic policy, she is prepared to be unpopular in pursuit of her goals.

On the domestic front, she couldn’t have been clearer, telling me in an interview on Tuesday that she was willing to be an unpopular PM and pursue unpopular policies with big chunks of the public – be it protecting the energy companies from a windfall tax or cutting taxes for big business and the wealthiest in society.

“I don’t accept this argument that cutting taxes is somehow unfair,” she told me in her first broadcast round since becoming PM.

“I mean, what we know is that people on higher incomes generally pay more tax. So when you reduce taxes, there is often a disproportionate benefit because those people are paying more taxes in the first place.

Ideologically clear-eyed, with a radically different economic approach than her past three predecessors, Ms Truss unashamedly a free-markets, low taxes Conservative, laser-focused on economic growth to the exclusion of pretty much all else.

The week the Truss government changed direction: Five things to watch out for in Friday’s mini-budget | Sam Coates

A prime minister willing to take short-term pain with voters in the expectation that her pro-growth policies will garner results ahead of the next election via a growing economy, better jobs, higher wages and healthy public services.

It’s a huge gamble which many economists – and many of her own MPs, not least former chancellor Rishi Sunak – don’t believe will work. During the leadership race, former deputy prime minister Dominic Raab called her tax-cutting approach, against the backdrop of government debt running to 96 per cent of GDP, “an electoral suicide note”.

Her first appearance on the world stage was also the moment when we got a clearer flavour on her foreign policy, and again Mr Truss was consistent in her approach; clear about her goals and prepared to be unpopular if she believes it is in the national interests of the United Kingdom.

That unpopularity with the EU and the US over the impasse around post-Brexit trading arrangements was on display during the her first meeting with the US President.

While Joe Biden spoke of the UK being the US’s closest ally, he also used the opening remarks of his meeting with his UK counterpart to raise the matter of the Northern Ireland Protocol and the new PM’s approach, pointedly telling Ms Truss: “We are both committed to protecting the Good Friday Agreement of Northern Ireland. And I’m looking forward to hearing what’s on your mind.”

A prime minister keen to make Ukraine her international priority, the president making it quite clear that in the UK-US relationship, the impasse in Northern Ireland is fast becoming his.

I was told by a diplomatic source that US secretary of state Anthony Blinken had told his counterpart James Cleverly at a meeting earlier in the day that resolving tensions over trade in Northern Ireland and protecting the Good Friday Agreement was “a top priority for the US”.

From a UK perspective, the prime minister has made it know that she doesn’t want “drift” and would like the problems resolved within the next six months.

Ms Truss sees an opportunity for a big political moment in 2023, to mark the 25th anniversary of the Good Friday Agreement being signed, for President Biden to visit the UK. That gives the government six months to fix what has been a problem building since the UK officially left the EU in January 2020.

For now though, there is stalemate, with a senior EU source telling me after a meeting between Ms Truss and EU chief Ursula von der Leyen there was “no breakthrough”. EU officials are hopeful, however, that the pressure from EU allies as well as the US will create a “window of opportunity” for movement.

But for now, Ms Truss, elected as leader of the Conservatives with the backing of the Brexiteer wing of the party, is pushing ahead with the controversial Northern Ireland Protocol Bill which the EU and other critics say will breach other international laws by suspending elements of the agreement.

It was legislation she herself tabled as foreign secretary and there are questions about how resolute she intends to be. Will she, as Boris Johnson threatened, unilaterally trigger Article 16 of the protocol, to override parts of the agreement signed between the EU and the UK?

For her part, while Ms Truss in prepared to be unpopular, she hasn’t wanted to use this trip to focus on division with allies and used her speech to the UN to reflect on what binds allies together. This a prime minister, keen to zone in on the UK’s leadership over Ukraine, who told the UN that the stability which the late Queen Elizabeth II provided the UK over many decades, is a lesson in the need for unity amongst allies.

As one person close to the prime minister put it to me: “The PM wants to lead Britain into a new era – the era of King King Charles III – where she’ll be tough on authoritarians like Russia and China and ensure that international cooperation to support Ukraine isn’t a one off.”

On this, she wants to focus on economic strength and security to win the battle against authoritarians in this new era. She wants to prioritise economic growth, and closer co-operation on trade, energy and investment.

In her speech on Wednesday night to the UN General Assembly, Ms Truss described the war in the Ukraine as a battle for “our values and security of the whole world” and said the late Queen “symbolised the post-war values” on which the UN was founded – the endeavour to “transcend differences and heal division”.

First though, the PM must resolve the tensions of Brexit, a hangover for the previous prime minister, but a position that she too had embraced in her role as foreign secretary. Ms Truss now has to decide whether she is going to be continuity Boris Johnson on the world stage.

Her stance on Northern Ireland as well as her equivocation on whether President Macron was ‘friend or foe’, suggests that while she is a break her predecessor on economic policy, she is copying his playbook when it comes to international affairs.

Resolving the Northern Ireland tensions would offer her a key reset with the EU and US. But the big unknown in all this delicate diplomacy is whether Ms Truss is prepared to be unpopular with those who backed her as leader.

Either way, it’s likely to be a bumpy ride. 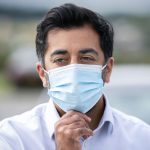 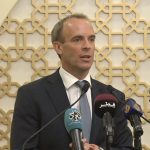 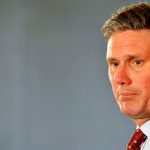 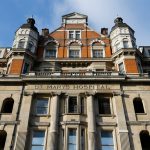 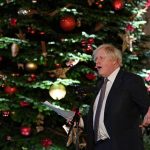 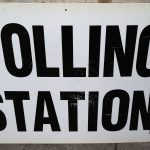 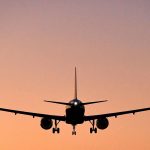 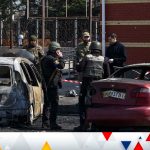 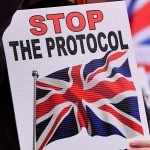 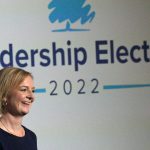 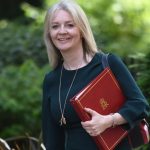 ‘A worrying decision’: Truss planning to hold budget without official forecast if she becomes PM