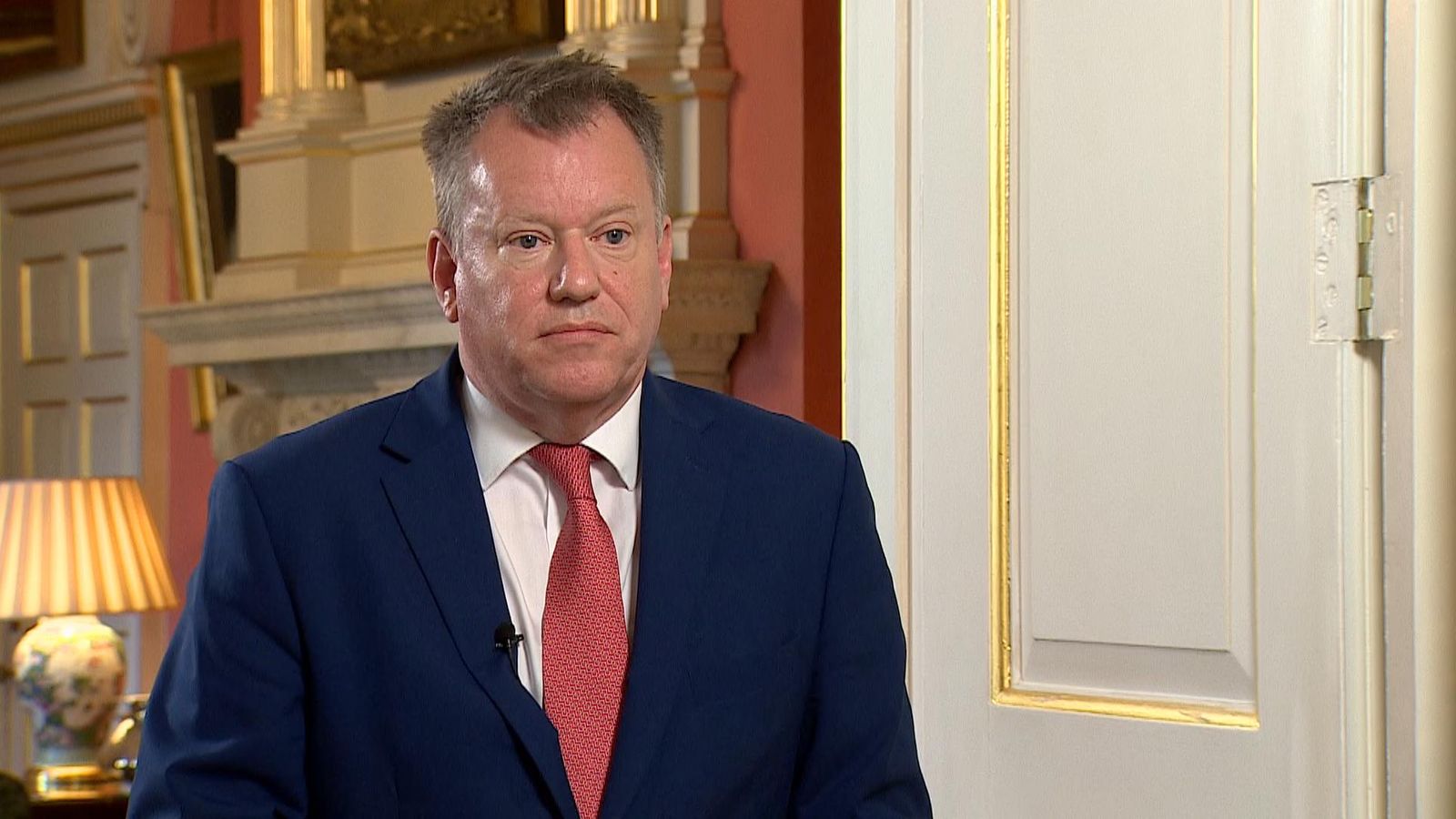 The Brexit minister has called for an “intensive talks process” with the EU and said he hoped the bloc’s position on trade between Northern Ireland and Great Britain had “moved significantly” ahead of outlining its proposals later today.

Lord Frost said the Northern Ireland Protocol was “undermining” the Good Friday Agreement as he awaited new plans for the protocol, to be announced by European Commission vice president Maros Sefcovic this evening.

Following the end of the transition period on 31 December 2020, an effective Irish Sea border has been created to try to avoid a hard border on the island of Ireland as the protocol states Northern Ireland remains part of the UK’s customs territory but has to stick to some EU rules to allow goods to move freely into the Republic and the rest of the EU.

This has meant checks on goods going between Northern Ireland and the rest of the UK and has resulted in delays and sparse supermarket shelves, with some suppliers deciding to stop selling to Northern Ireland as the checks are too difficult.

Asked if a compromise was possible based on briefings so far, Lord Frost said: “So we really would like to get a consensus solution, we’re working very hard to get one, it’s obviously the best way forward if we can find agreement and build a new future for Northern Ireland.

“We will work very hard for that.

“The problem we’ve got in Northern Ireland is that the Northern Ireland Protocol is undermining the Belfast/Good Friday Agreement, not supporting it, and we’ve put forward proposals to change that.

Brexit is back, but for now the Northern Ireland Protocol row is a negotiation not a stand-off

“We’re expecting proposals from the EU today, and obviously we will look at those very carefully and positively. We now need an intensive talks process and to try and find an agreement that everybody can get behind. That’s what we want to happen.”

He added that he hoped the EU had “moved significantly” in their proposals for the protocol.

Lord Frost said: “So we need to find a solution everybody can get behind, and that means looking at some of the fundamentals, it means we need to get to a solution of significant change.

“Obviously, we haven’t seen what the (European) Commission have put forward, I hope they have moved significantly, and obviously we will look at it positively if they have, but we’ll wait and see what they come forward with, and then we’ll see what we can do.”

Mr Cummings claimed it had always been the intention to get Mr Johnson to “ditch the bits we didn’t like” once he won the 2019 general election.

Responding to that claim, Ireland’s deputy premier Leo Varadkar said it indicates that international leaders should not enter any agreements with the UK Government until they are confident it will keep its promises.

“Those comments are very alarming because that would indicate that this is a Government, an administration, that acted in bad faith and that message needs to be heard around the world,” Mr Varadkar told RTE.